Stress can be hard on the body and the mind for anyone. But why do men and women handle stress differently?

It's obvious from a social perspective that men are expected to treat stressful situations differently than women. However, there may be biological reasons you probably hadn't considered. 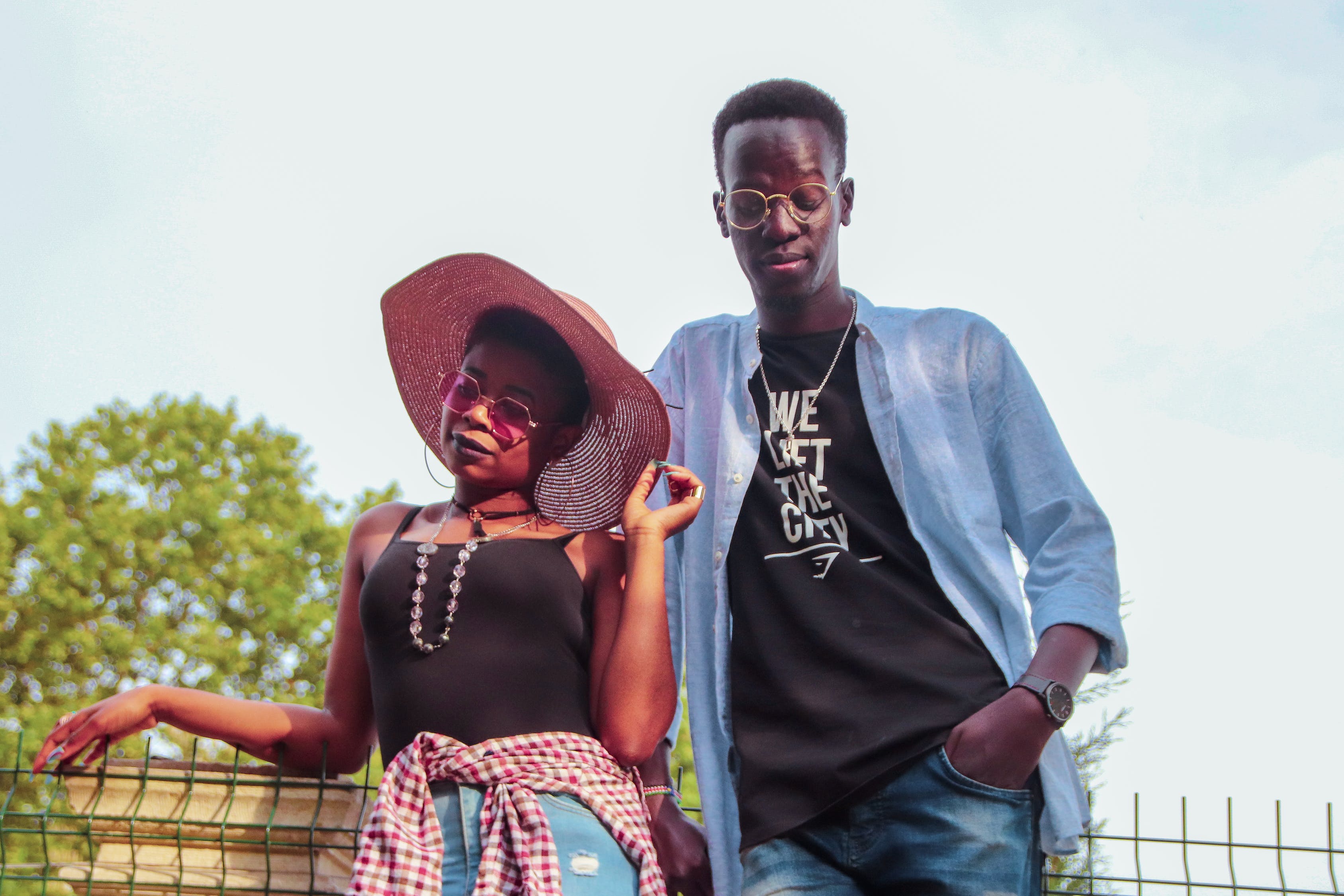 When it comes to the question of, why do men handle stress different from women? The answer is hormones. The way the body responds to these hormonal levels affects how we respond to stress as men and women.

Both estrogen and testosterone cause the body to respond to stress and process it in different ways chemically. This is the real reason men and women handle stress differently from one another.

When stressful situations occur, the body produces three types of hormones. These are known as cortisol, epinephrine, and oxytocin. To better understand this, we'll cover each hormone and its basic function.

When the body feels stressed the brain releases a chemical hormone called cortisol. This hormone is known as a steroid and is produced by the adrenal glands and is considered the main stress hormone.

Its job is to regulate the body's immune system and metabolism. Another function of cortisol is the regulation of glucose levels in the body.

Cortisol also lets the brain know how many hormones it should produce and when. So if cortisol levels are low then the brain reduces the number of hormones it releases and vice versa.

Most often if you live or work in a stressful environment, you may experience some of these symptoms. Creating a peaceful calm environment helps to reduce stress and bring cortisol levels down.

More commonly known as adrenaline, epinephrine also plays a role in stress. This hormone is directly secreted from the brain, unlike cortisol which comes from the adrenal glands above the kidneys.

The part of the brain that produces epinephrine is called the medulla. The hormone gets released from here during periods of intense fear or anger.

Once released into the bloodstream it goes to work to increase your overall strength and heart rate. It also affects your blood pressure and sugar metabolism. This helps the body to move quickly especially if flight becomes the option over a fight.

Unfortunately, like its cousin Cortisol, it has its downward effects on the body. When too much epinephrine is being released, the body shows a myriad of symptoms. Below is a short list of the issues the body faces when it has far too much adrenaline pumping through it.

If you're feeling these effects, they typically are temporary. However, the overuse of stimulants like caffeine can cause adrenal exhaustion a very serious condition. As with all health-related issues, it's important to consult your doctor if you're suffering from acute stress.

The final determining hormone during intense moments of stress is oxytocin. It operates as both a hormone and neurotransmitter for the brain.

Oxytocin begins its journey from the hypothalamus where it first released. From there it travels to the pituitary gland at the base of the brain itself.

This hormone also plays a huge role in women's reproductive systems. It regulates everything from childbirth, to sex and breastfeeding.

During bouts of stress, oxytocin is released automatically to regulate the other two hormones. Its primary function is to induce feelings of nurturing and relaxation. 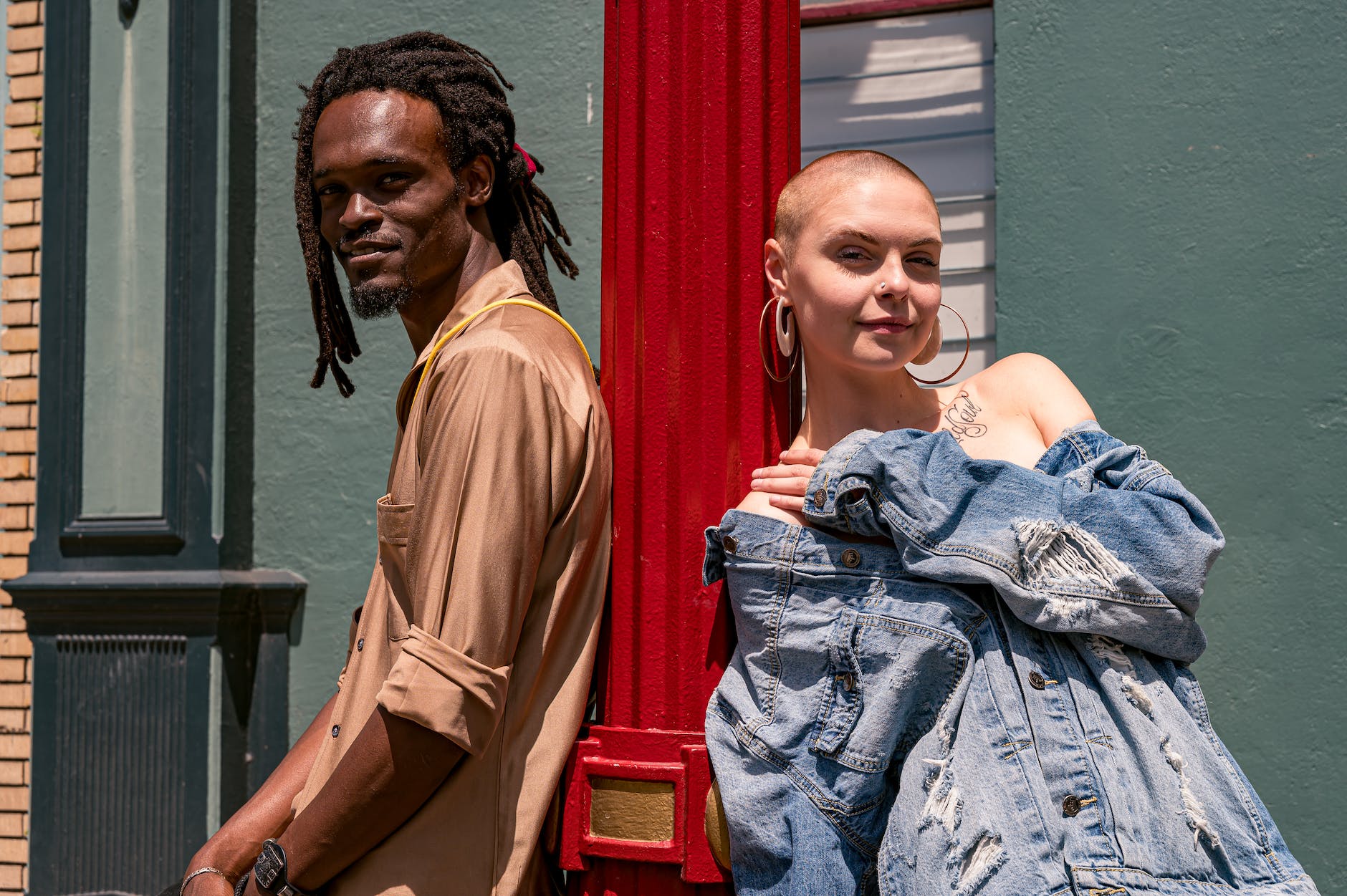 To answer the question of why do men and women handle stress differently, we need to look at the hormone oxytocin.

The reason for this is that studies have shown that epinephrine and cortisol levels play no role at all. In fact, these two hormones are produced at the same rate regardless of gender.

The sole purpose of oxytocin is to reduce fear and anger. Think of it as an antidote to the increased amount of cortisol and epinephrine that does the exact opposite. In fact, the two are considered to be neurotoxins that decrease cognitive abilities.

So which one makes more oxytocin? The answer is women. Men typically produce lower levels of oxytocin making them less likely to calm down as quickly as women do. In most studies, women produce oxytocin at much higher rates than men.

Men VS Women: What's The Difference? 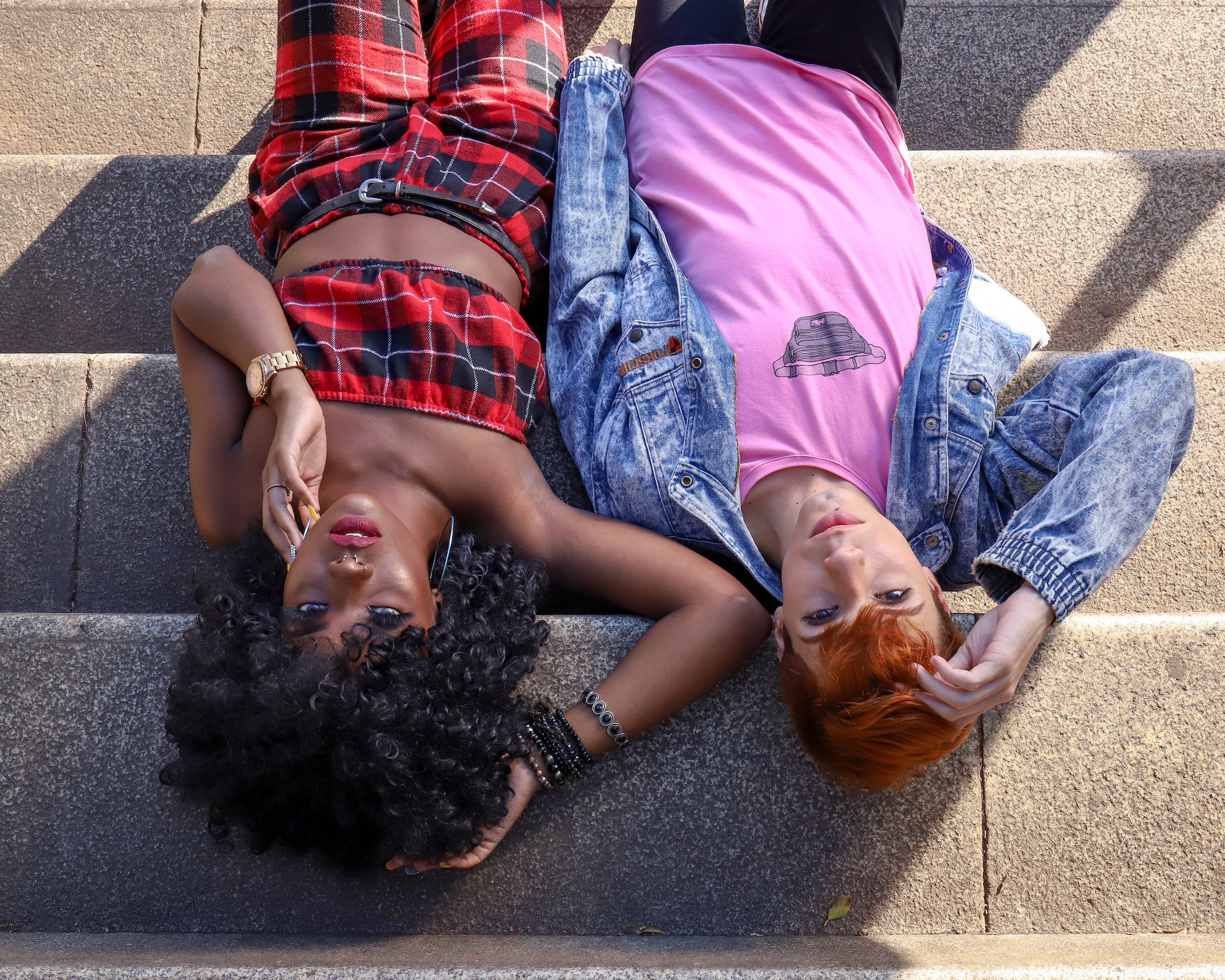 Aside from oxytocin, there are other ways the men and women differ in terms of stress. The psychology of how a man approaches a stressful situation differs from women.

Women take the nurturing route over a fight. The reason for this is that estrogen and oxytocin are working together. The mix of the two results in a response to protect their security by attempting to deescalate stressful situations.

How a man would respond to this situation is different. Their oxytocin levels are low and mixed with testosterone so they go for the fight-or-flight approach.

It's important to note that not all men will automatically elect to fight. There is a little risk assessment involved and if there is an opportunity for flight, a man may do that instead. Running can be a risky behavior when one is in immediate danger just as fighting can be. 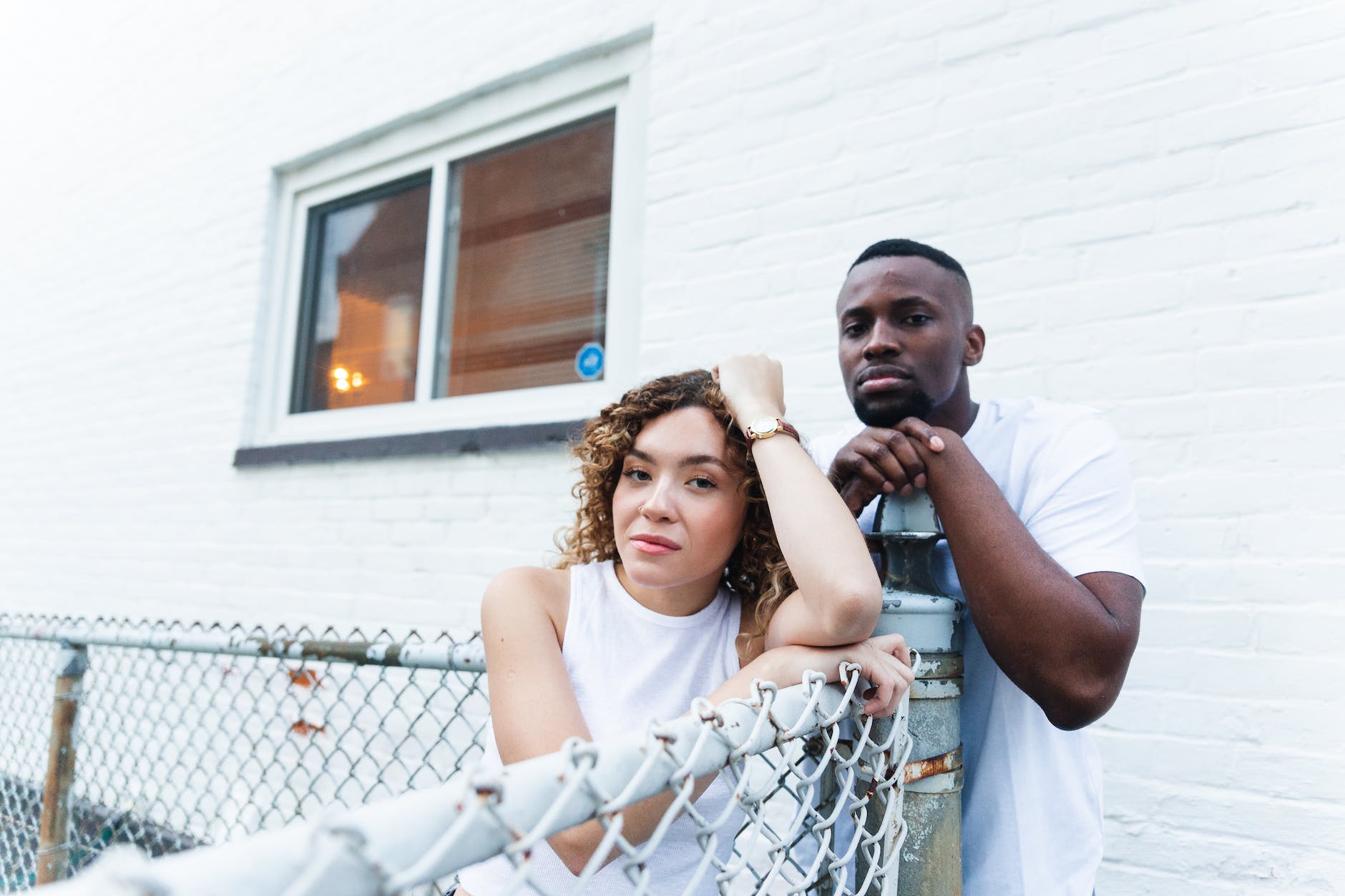 It's important to point out that women and men have an entirely different set of social values. These values are a big determiner for why men and women handle stress differently. As each role is treated entirely different between culturally and domestically, our responses to it vary.

Men are more drawn to competition. They are willing to compete and see how things play out. This allows them to take part in more risky behavior during stressful times.

This competitive spirit is a portion of what makes men respond in ways that women can appear combative in their nature. For men, it is the thrill of testing one's limits that drive them.

Therefore, men are more likely to plow headfirst into a situation rather than assessing the risk. It is also why they are more prone to fight than to flee.

Women mostly value relationships. Therefore, it's more unlikely that they'll take part in risky behavior like a competition where there is an opportunity for loss.

This stems from the innate desire to nurture those around them. Since relationships are a key component to nurturing, it becomes the priority. This leads women to do more diplomatic work, and they'll attempt to deescalate a situation rather than escalate it.

It's also the reason more women would flee a stressful situation if they were in a life-threatening situation. Running is a form of protection as one removes themselves from the stress as the oxytocin goes to work to balance out the fear responses. 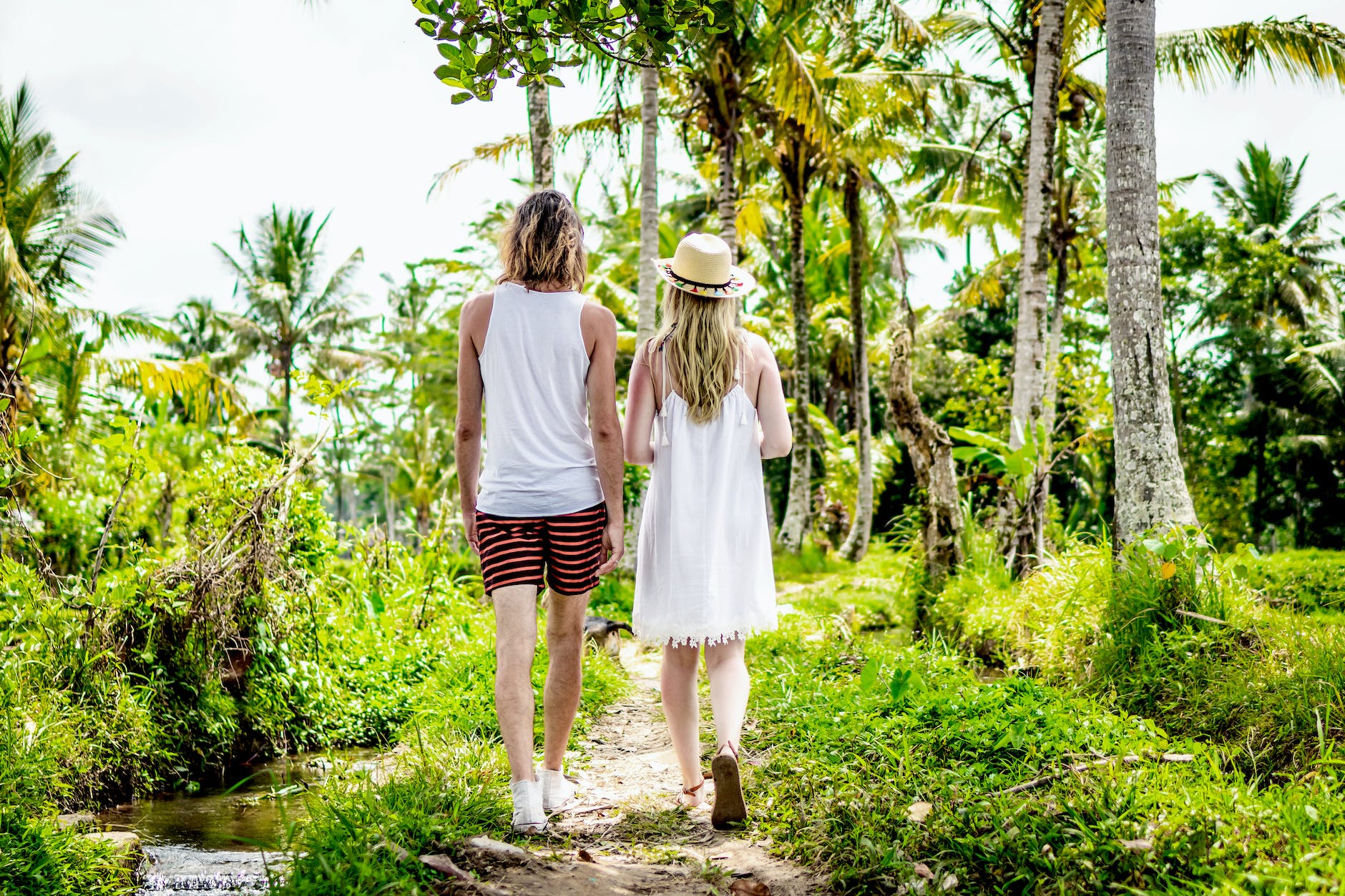 All of these answers combined help us better understand the question of why do men and women handle stress differently. The answer is a mix of both hormonal responses from the body and a little psychology.

We've learned that with the stress hormones epinephrine, cortisol, and oxytocin. Oxytocin is the only real hormone that matters. That's oxytocin, which is produced at a higher rate by women than men. We've also learned that this hormone makes one feel relaxed and ready to nurture those around them.

This hormone gives women the distinct ability to calm down and balance out the other two hormones. It is also part of the reason women make relationships a priority as oxytocin induces these types of emotional responses.

Men have the unfortunate disadvantage of producing far lower levels of oxytocin into the brain. This causes them to respond more directly to fight or flight.

A reduced level of oxytocin may also be the reason men thrive on competition. Risky behavior comes more naturally to men rather than women.

Finally, we come to the understanding that social norms and cultural roles of the sexes play a factor in why men and women handle stress differently. These accepted norms help us govern our individual stress responses as well and should not be counted out as a determining factor.

All together they make up the whole to answer a good question. Why do men and women handle stress differently? The answer is in body chemistry and sociology.

So the next time a friend asks you, “Why do men and women handle stress differently?”

You tell them it's hormones and societal norms. That's really all it is!

By understanding these differences, we're able to take new approaches to how we handle stress personally. Allowing us to find more ways to create peace in stressful times.